Victim of a Crime? 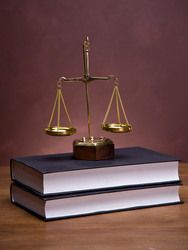 Many people believe that if they are the victims of a crime, a criminal case is the only way to pursue justice. But the truth is there are other avenues available in many cases. In fact, the law recognizes three potential sources of monetary compensation for crime victims.

Who Pays When a Criminal Hurts You?

The first is restitution; the money paid to you by the criminal as dictated by a judge in a criminal court.

The second is called compensation, and it is paid by a government fund for crime victims.

The third is called damages (which, confusingly, are also referred to as ‘compensation’ in a different context), and damages are paid by whoever is responsible for your injury (usually the criminal, but sometimes another party that was responsible for keeping you safe is also found liable).

That is why every victim in Duval County and surrounding areas that is injured during the commission of a crime, whether the injury is the crime (e.g., assault or robbery), or it was incidental (e.g., a burglar shoved you down the stairs on his way out the window), should contact a skilled personal injury attorney.

Depending on the circumstances of the crime, there may be more than one party that was negligent or reckless with your safety. For example, if you were sexually assaulted in the fitness room at a hotel, both the criminal who performed the assault and the hotel that allowed the criminal access to your person could be found at fault. This is important because in many instances criminals do not have enough money to pay your medical bills, but the hotel that was responsible for keeping you safe might.

Similarly, if your apartment building has a security guard, and a criminal gets past him and burglarizes your unit, the apartment owners and/or the security company may very well be guilty of negligence. As such, they may be at least partially responsible for any damages you suffered as a result.

If you were victimized by a criminal and/or you were injured during the commission of the crime, call the law offices of Joseph C. Miller, P.A. today at (904) 358-2020 for a free consultation. Attorney Miller has extensive experience helping victims of crime secure full compensation, and he can fully assess your case to determine the best path forward to a positive outcome.

*Disclaimer: the information provided by this website is for informational purposes only and should not be considered legal advice or a substitute for competent legal counsel.